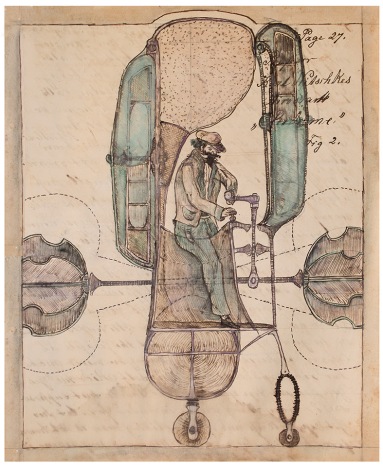 Stephen Romano Gallery is very pleased to announce an exhibition of historical importance:

Stephen Romano Gallery is very pleased to announce an exhibition of historic importance: CHARLES A.A. DELLSCHAU (1830 – 1923) AMERICAN VISIONARY.
This will be the third solo exhibition ever mounted of the works of Charles Dellschau since his death in 1923. The exhibition is curated by Stephen Romano, whom produced the recent monograph on the art and life of Charles A.A. Dellschau, designed by Marquand Books and distributed by DAP. 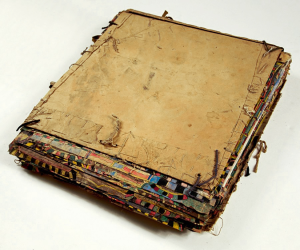 The art of Charles Dellschau is included in such prestigious collections as the American Folk Art Museum, The High Museum, Atlanta, The Philadelphia Museum of Art, The Museum Of Everything, London, The Menill Collection, Houston, The San Antonio Museum, TX, The Witte Museum, TX, The Kohler Art Foundation, Wisconsin, ABCD Art Collection, Paris. Dellschau’s works were recently featured in the NY Times in a review of an exhibition at the Morbid Anatomy Museum in Brooklyn NY.

In the fall of 1899, Charles A.A. Dellschau (1830-1923), a retired butcher from Houston, embarked on a project that would occupy him for more than 20 years. What
began as an illustrated manuscript recounting his experiences in the California Gold Rush became an obsessive project resulting in 12 large, hand-bound books with more than
2,500 drawings related to airships and the development of flight. Dellschau’s designs resemble traditional hot air balloons augmented with fantastic visual details, collage and text.
The hand-drawn “Aeros” were interspersed with collaged pages called “Press Blooms,” featuring thousands of newspaper clippings related to the political events and technological
advances of the period. 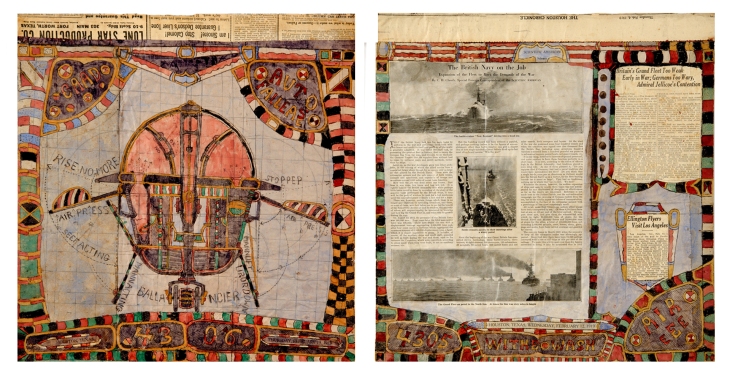 After the artist’s death in 1923, the books were stored in the attic of the family home in Houston. In the aftermath of a fire in the 1960s, they were dumped on the sidewalk and salvaged
by a junk dealer. Eight made their way into the collections of the San Antonio Museum of Art, the Witte Museum and the Menil Collection; the remainder were sold to a private
collector. Dellschau’s works have since been collected by numerous other museums. These private works were not created for the art world, but to satisfy a driving internal creative force.

This show to run concurrently with “Hieroglyphica”, a group exhibition opening Thursday December 17.