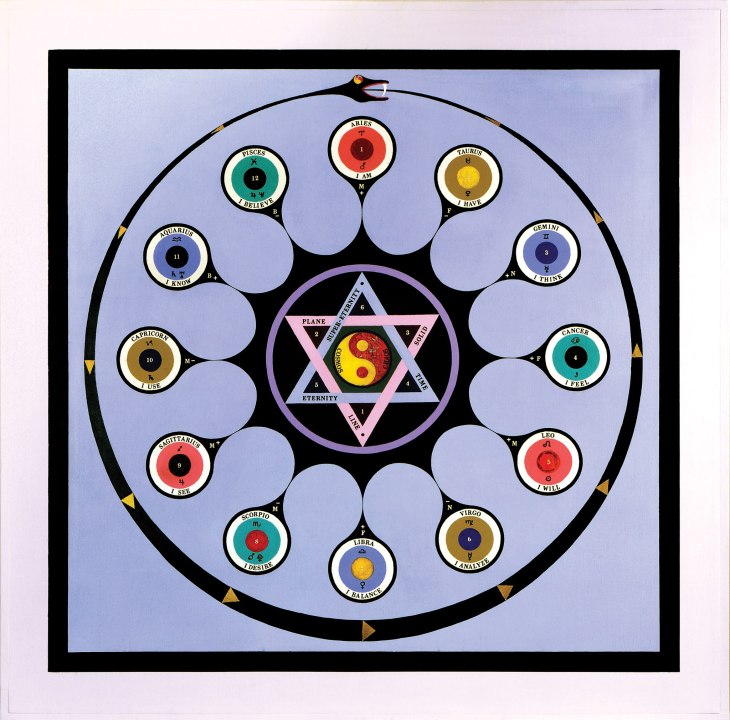 Pam Grossman and New York University’s 80WSE Gallery invite you to celebrate their new exhibition, “Language of the Birds: Occult and Art,” with an opening reception at the gallery on Wednesday, January 13th, from 6-8pm.

Language of the Birds: Occult and Art

“Language of the Birds: Occult and Art” considers over 60 modern and contemporary artists who have each expressed their own engagement with magical practice. Beginning with Aleister Crowley’s trance portraiture and Austin Osman Spare’s automatic drawing of the early 20th century, the exhibition traces over 100 years of occult art, including Leonora Carrington and Kurt Seligmann’s surrealist explorations, Kenneth Anger and Ira Cohen’s ritualistic experiments in film and photography, and the mystical probings of contemporary visionaries such as Francesco Clemente, Kiki Smith, Paul Laffoley, BREYER P-ORRIDGE, and Carol Bove.

The concerns and influences of each of these artists are as eclectic as the styles in which they work. While several of the pieces deal with “high” or ceremonial magic, others draw from so-called “low magic” practices and have deeply chthonic roots. The approaches in technique are varying as well, with some doing years of research and preparation for the act of creation, and others working entirely intuitively. Regardless of method, “Language of the Birds” suggests that all are part of the same lineage: one that pulls on threads from the esoteric web of alchemy, Hermeticism, Spiritualism, Theosophy, divination and witchcraft.

The exhibition takes its name from the historical and cross-cultural notion that there is a magic language via which only the initiated can communicate. Often referred to as the “language of the birds,” it is a system rumored to operate in symbols, and to be a vehicle for revealing hidden truths and igniting metamorphic sparks.

The artists in “Language of the Birds” can be considered magicians, then, when seen through this mythopoeic lens. A visual vocabulary is offered up by them, so that we all might be initiated into their imaginal mystery cults and dialog with the ineffable. They speak to us in secret tongues, cast spells, and employ pictures for the purpose of activating profound change in both themselves and in us. By going within, then drawing streams of imagery forth through their creations, each of these artists seeks to render the invisible visible, to materialize the immaterial, and to tell us that we, too, can enter numinous realms.

Special Events Related to the Exhibition

Weds, Jan 27: “The Language” – Performance of a theatrical piece written by playwright Matthew Freeman, commissioned for Language of the Birds. 7pm, free and open to the public.

Pam Grossman is an independent curator, writer, and teacher of magical practice and history. She is the creator of Phantasmaphile , a blog which specializes in art and culture with an esoteric or fantastical bent, and the Associate Editor of Abraxas International Journal of Esoteric Studies. She is also the co-organizer of the Occult Humanities Conference at NYU, and co-founder of the Brooklyn arts & lecture space, Observatory (2009-2014), where her programming explored mysticism via a scholarly yet accessible approach.

Pam’s writing has appeared in numerous mediums, including The Huffington Post, MSN.com, Film Society of Lincoln Center’s Film Comment blog, the Etsy blog, Sciences Occultes magazine, and various Fulgur press publications. As a featured guest on HuffPost LIVE, The Midnight Archive web series, and myriad other radio shows and podcasts, she has discussed the role of magic in contemporary life.

She is Getty Images’ Director of Visual Trends, and she lives in Brooklyn with her husband, Matt, and their two cat familiars, Albee and Remedios “Remy” Varo. 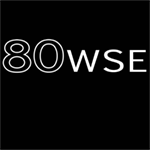