The main space will consist of screenings of the extended works from the artists featured in the documentary alongside multiple viewings of Adanto’s film. The lower level will present two screenings of The F word. The short 7 min version of Katie Cercone’s SOLARA Saturnalia (Kawaii Kali REDUX) starring Egyptian Lovher & the Black Diamond Ganguro GAL UNIT (2015) will open before the main screening. There will also be a NYC sneak premiere of Ghost Bitch: Arise from the Gallows, by Rebecca Goyette, to open the evening.

Robert Adanto’s The F Word explores radical “4th wave” feminist performance through interviews with a new generation of feminist artists who use their bodies as subject matter. Because the female body continues to be politicized and policed, and because these artists delve into the fecund territory of female sexuality, self-objectification, and the female form as a site of resistance, many remain marginalized by the mainstream art world.

Brooklyn-based Leah Schrager, well known for her performance practice, Naked Therapy, states, “As soon as you introduce a bit of sexiness or sexuality into an artwork it suddenly becomes questionable. Just because something elicits arousal or shows elements of sexiness does absolutely not make it not art.” While some 4th wave artists, like Ann Hirsch and Kate Durbin, choose to analyze representations of female identity through digital media, others, like the radical, queer, transnational feminist art collective, Go! Push Pops, explore sexuality and gender in pop culture in the digital age. As feminist lecturer Kristen Sollee explains, 4th wavers, unlike their predecessors, “are not afraid to be ‘girly’, (or) to be hyper-feminine, or to wear a mini-skirt, to self-objectify” in the service of challenging patriarchal oppression or sexist ideals.

Rafia Santana will be performing at the space. 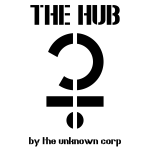