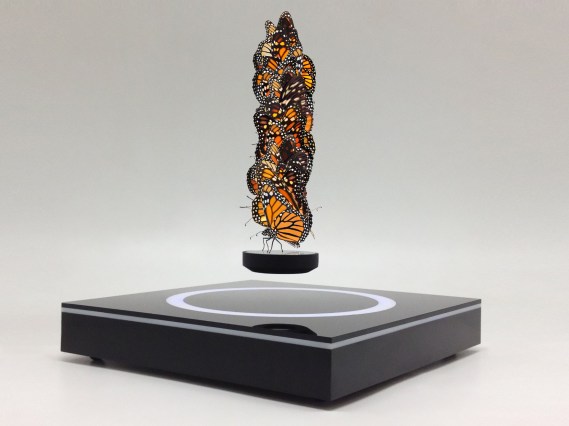 Admission is a $5 donation, free for students and Aperture members at the $50 level and above.

Ultra Violet Production House (UV) is an Etsy store that provides collectors with high-quality material kits and fabrication guidance for all-original works. UV product images are digitally composited combinations of pre-existing products found through on-demand Internet retailers such as Amazon, eBay, Alibaba, and Etsy itself. These products have never been fabricated or seen in person by the artists. Collectors assume responsibility for the realization of materials received based on parts, tools, and tutorials sent to them at the point of purchase. UV has no overhead, no fabrication, no studio, no tools, no hand-shipping, no clearance for visibility. It is a fully outsourced online inventory of material goods, an attempt to lessen the risk and debt associated with artistic production today.

The conversation will engage topics surrounding engineered virality, long-tail combinations, post-lens photography, and new models for labor and production of artworks. The speakers will also address the potential of the Internet in regards to cultural production, and the circular ecosystem of traffic with respect to Etsy, Pinterest, Facebook, and other social sites.

Charlotte Cotton has been at the forefront of the appraisal of contemporary art photography for more than twenty years. She is the first curator in residence at the International Center of Photography, responsible for the inaugural exhibition and program at ICP’s 250 Bowery space opening this summer. She has held curatorial positions at institutions including the Victoria and Albert Museum and The Photographers’ Gallery, London, and the Los Angeles County Museum of Art. She has been a visiting scholar and critic at institutions including Parsons the New School for Design, New York University, and the School of Visual Arts, New York; California College of the Arts, San Francisco; Otis College of Art and Design, Los Angeles; and Yale University, New Haven, Connecticut. She is the author of The Photograph as Contemporary Art (2004) and founder of the discussion forum Words Without Pictures. Her most recent publication is Photography Is Magic (Aperture, 2015).

Joshua Citarella (b. 1987, New York) graduated from the School of Visual Arts in 2010 and currently lives and works in New York City. He has had solo shows at Higher Pictures, New York (2013, 2015) and Carroll/Fletcher, London (2016). Selected group exhibitions include Planes, BFI, Miami; Figure 8, Clifton Benevento, New York; Mediated Images, Brand New Gallery, Milan (all 2015); Under Construction: New Positions in American Photography, Foam Fotografiemuseum, Amsterdam and Pioneer Works, New York (2014–15); and MOCAtv Presents: A Jogging Screening at the Museum of Contemporary Art, Los Angeles (2014). He was organizer of Compression Artifacts (2013) and thePSDshow.org (2012) and was a member of the collaborative artist project Jogging. He currently collaborates with Brad Troemel as Ultra Violet Production House.

Brad Troemel (b. 1987) is an artist and writer based in New York. In 2009 he cofounded Jogging, a viral blogging platform contributed to by thousands of artists that fostered a call-and-response culture of image compositing and memetic format making. His writing has focused on the dissemination of art images through social media and their subsequent usage and interpretation by non-art audiences.